Chandigarh: 8th Board Class: The 8th examinations will be conducted by Haryana Education Board from this year itself. The government has approved the proposal to conduct Class VIII examinations from the academic session 2021-22 in all schools (including C.B.S.E. and other education boards) under the state of Haryana. The official letter has been issued by the Assistant Director Elementary Education Department, Haryana today. According to the letter issued today, orders have been issued to organize the board examinations of class VIII from the academic session 2021 22 to 22 in the schools coming under other education boards in the state of Haryana.

It is worth mentioning that earlier it was being speculated that from the session 2021-22, the examination of class VIII would not be conducted by the board, but now putting an end to these speculations, an official letter has been issued, under which all education boards in Haryana state. Board examinations of the students of class VIII coming under the 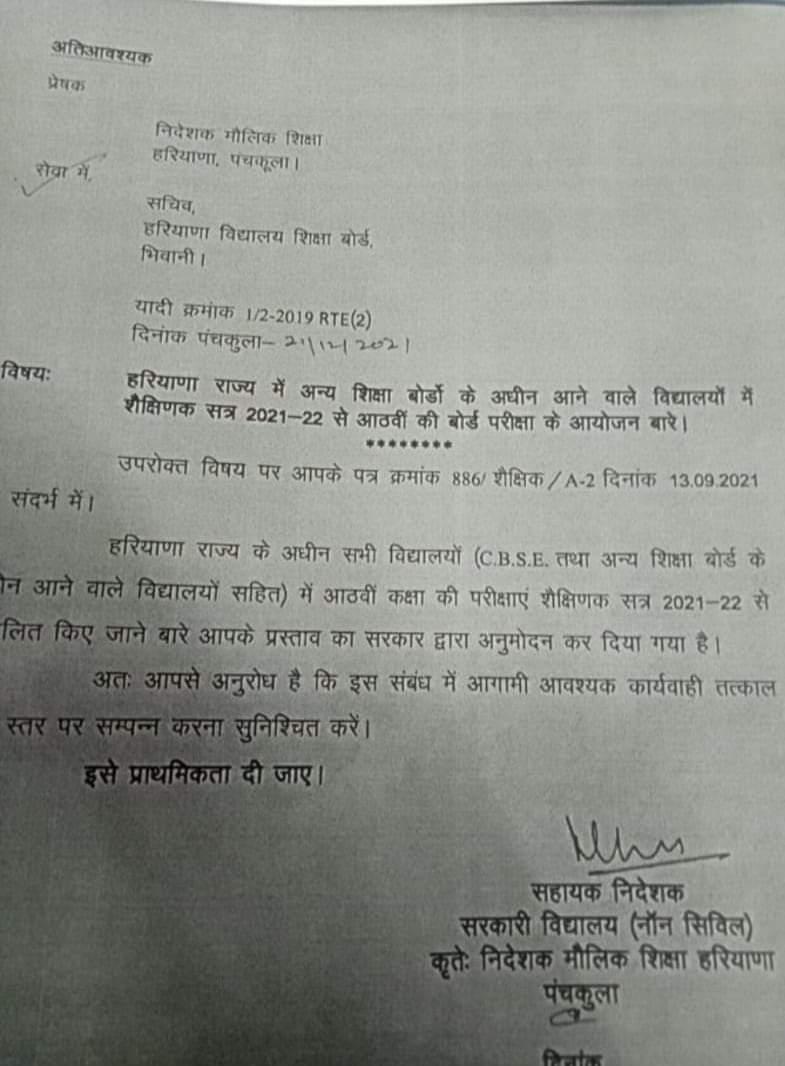